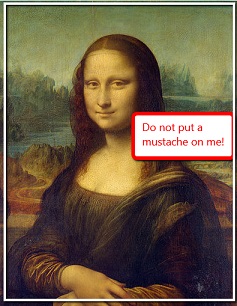 Inside joke by your instructor 🙂 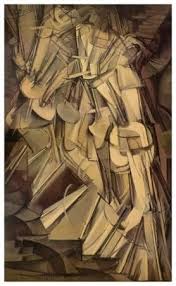 Watch the above required video until marker 4:12

The above video is required.

Styles that emerged before WW1

Styles that emerged after WW1, before WW2

After WW1, before WW2

After the Avant-garde radically changed the art world with its radical abstraction, WW1 drove the notion of art to even greater experimentation and rejection of traditional styles of art. Depicting reality was no longer an issue to the pioneers of the post WW1 era. Dada  –  Required

“Repelled by the slaughter-house of the world war, we turned to art. We searched for an elementary art that would, we thought, save mankind from the furious madness of these times.’ If tradition was responsible for the war, then tradition should not be respected. The art was irreverent and at times governed by chance — anti-art The Dada sculpture that turned the art world on it’s head – REQUIRED

1917 Marcel Duchamp  (optional) submitted a “sculpture to an exhibition in New York. It was a porcelain urinal signed “R. Mutt’ and dated 1917 The point was is that something ordinary in its own context, could reveal its aesthetic qualities when its meaning was reframed as art. Wow! 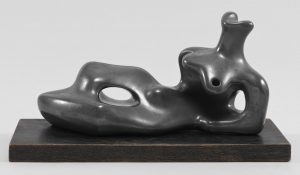 A virtual, explanatory exhibit : The Harlem Renaissance: A Culture Overview

The political changes after Civil War eventually lead to the creation of small, but significant population of middle class African Americans. As thousands of African Americans migrated north to find greater economic opportunity in the Northern cities, the district known as Harlem in New York City became a cultural hot spot which allowed Black culture to flourish. This movement fostered writers, artists and musicians.

Many American painters rejected the abstraction of Europe and focused on more realistic depictions of everyday American life. This trend was particularly true in the Midwest.

Murals were part of the Works Progress Administration program. It brought art to the common man in a very public forum. Thomas Benton, extreme anti-European in style is best known for his Missouri Mural

Supported by the WPA and also linked to the Harlem Renaissance, Jacob Lawrence is best known for his series of tempera paintings Migration of the Negro 1939-1941

Creating a story-telling approach to painting by painting a series of pictures to tell a story that touches on social, political, historical and economic aspects of life.   (optional)

Native Americans The United States waged systematic war on Native Americans during the 1800s and even into the 1900’s During this time period the Native populations of the southern and plains states were decimated. There were Americans who recognized the greatness of these conquered peoples, and part of that recognition developed into a massive documentary undertaking. Edward Curtis (American) 1868 — 1952 REQUIRED

Known for his documentation of poverty and sharecroppers (optional link)