By the end of the war 24 countries were involved including Australia, Japan and South Africa. Over 15 million dead.

Optional link to weapons that were developed to effectively kill more people at a distance. 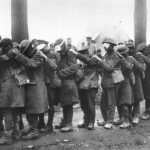 In the end, the Ottoman Empire and Austria-Hungarian Empire ceased to exist and the Soviet Union was born out of the Russian Empire. The League of Nations was created in order to prevent the outbreak of another global conflict. The way the end of the war was addressed actually created situations which ultimately led to World War II.

End of the War Transcript (PDF) 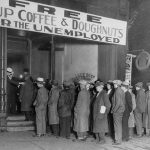 The election of Franklin Delano Roosevelt and the New Deal – Optional

Really important lecture below on the WPA and art

Picasso’s Guernica was an artistic response to a German attack on the town of Guernica which killed thousands of innocent civilians. More optional information at this site:  https://www.pbs.org/treasuresoftheworld/guernica/gmain.html

Industrialization led to immigration from non-industrialized countries.
In predominately Protestant America there was an influx of Catholics
Other world religions were introduced through immigrant populations
America and Europe

This inspired a Christian fundamentalism movement

Optional posts below for further research on important inventions of the early 20th cen.: 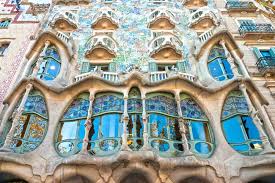 A style that was embraced in the first half of the 20th Century, that had wide acceptance by Western architects. The style relies upon slender steel posts and beams and concrete reinforced by steel.

Hitler closed the Bauhaus, Gropius moves to America to the Architecture Department at Harvard

The Bauhaus ideal was to interconnect art, science and technology so that no divisions between art, architecture and functional objects exists. Bauhaus artists were known for their furniture designs.