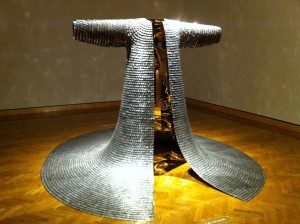 EXPERIMENT in DECONSTRUCTION: Look at the coat above. What do you think about it? What visuals come to mind? What does it remind you of?

Now click HERE  (Required Link) and see if you change your mind upon closer inspection. For more insight, try this with a friend, or family member. Compare your reactions.

Okay – enough of this mind-bending Deconstruction. As time has passed the term “Deconstruction” in art has also come to mean looking at things taken apart. A kind of fracturing, and inside out approach. HERE   (Required Link) is an interesting collection of this sort of “Deconstruction.” 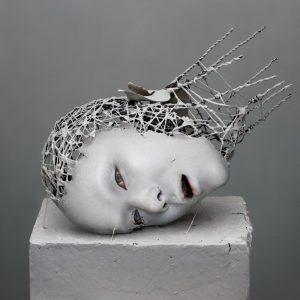 “Fragmentation of LTM3 by Yuichi Ikehata

From 1960 on, more and more women and people of diverse ethnic backgrounds have found a voice in Western arts.

Additionally, religious viewpoints outside of Judeo-Christian have found a voice in mainstream Western arts.

There are more artists today, than in any other point in history 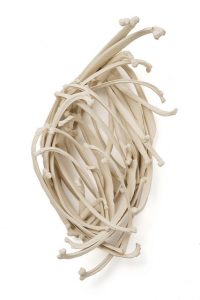 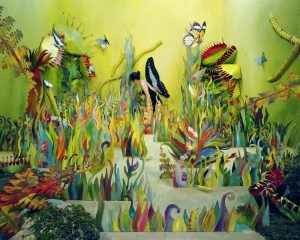 The types of media available to artists have expanded to include a wide range of materials. Here are only a few examples: 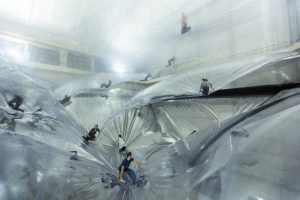 Installation art is art that is designed for a specific space. Generally, but not always, these works are public art. Many times these installations are not permanent. 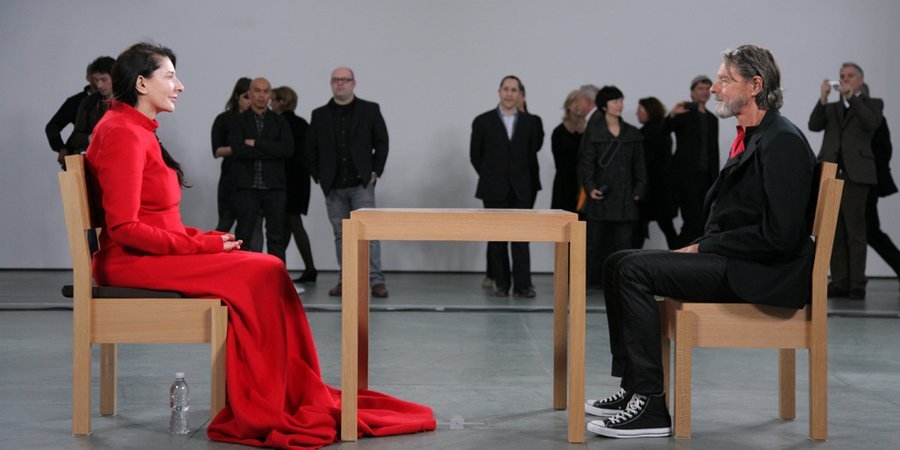 Marina Abramovic – “The Artist is Present”

A Showcase of Contemporary Female Artists from Diverse Backgrounds

All links below are optional 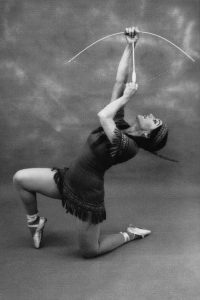 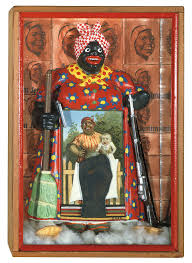 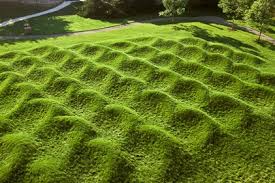 Above link is required

Christos and Jean Claude b. 1935 Bulgarian born and French born — American — international careers
A husband and wife team who stage incredibly huge temporary works.
Teams of volunteers work to install the works, which are only in place for a matter of weeks
They deny any connection to meaning in their works other than beauty
Their works are funded through the sale of sketches and photos
Most recent work  Floating PIers

Required browsing of above link. 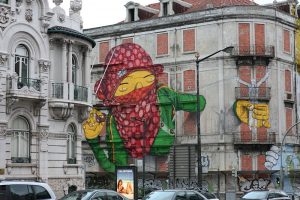 Public art has gone to new dimensions with graffiti taking its place alongside fine art.

Fantastic tromp-l’oeil street paintings have become an ephemeral art (they only last a few days), which also includes performance art as spectators can watch the artist at work.

All links for Street Art artists are optional.

Street artists are invited guests. There are even street art festivals. The same can be said of mural artists. Graffiti artists are generally not invited. That hasn’t stopped some of them from gaining a huge international art reputation. Some of them might even be more than one person??

Required – browse the links below… 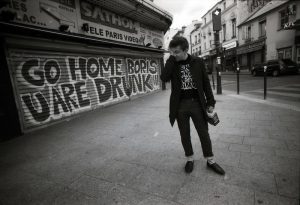 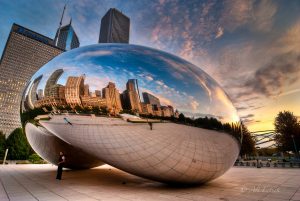 “Cloud Gate” or “The Bean” Chicago by Anish Kapoor

Gone are the monuments that are tributes to historical figures and war. Public sculptures are there for everyone to enjoy, whether they know their history, or not. Any building project in the United States and Canada that receives federal money must apply 1% of the total cost towards art. Can you think of some great public art in your town?